A mapmaking firm is suing to keep your neighborhood boundaries out of the public domain.

Noe Valley bloggers wonder where their neighborhood is, exactly… they should check The Neighborhood Project.

This map of San Francisco’s “Walkability” by Lee Byron uses a similar blobby algorithm to The Neighborhood Project.

I want one of his Centerclocks for my wall. He’s also got a nifty Rivers of the World map, and he’s the guy behind the NY Times’ Olympic Medals Cartogram and Presidential Polling graphic (which thankfully shows Obama in the lead in a majority of the polls).

The Assembly of European Regions has produced this map of European regions – a very unfamiliar perspective on a very familiar landscape.

This article and map of the “blogworld” has this to say about LiveJournal:

This blogging island is just barely in touch with the rest of the blogworld.

Them’s fightin’ words. You gonna take that lying down, LJ?

The Independent has another article about the massive floating trash “soup” in the Pacific. 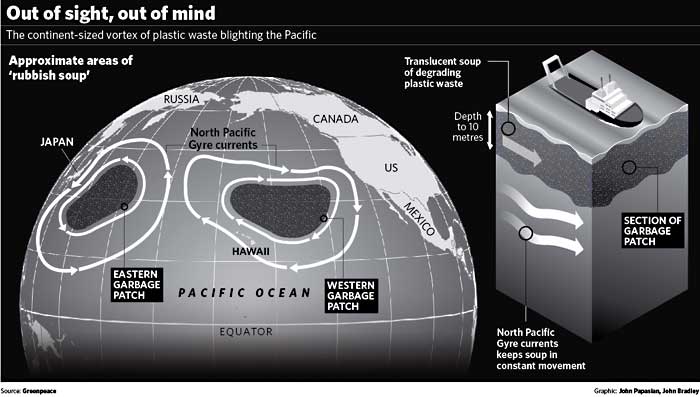 It is truly staggering not only that such a large amount of trash is floating in the ocean, but that it has escaped discovery until now. It has to have been accumulating for decades.

Coverage of Thursday’s internet outage in the Middle East and South Asia, caused by a ship that dragged its anchor off the coast of Egypt, has included some nifty maps. ForeignPolicy has this close-up of the Mediterranean cable network: 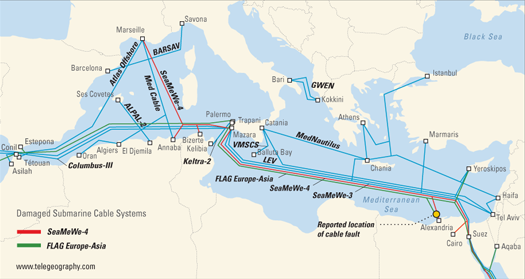 And The Guardian UK included this large map of the global cable network. 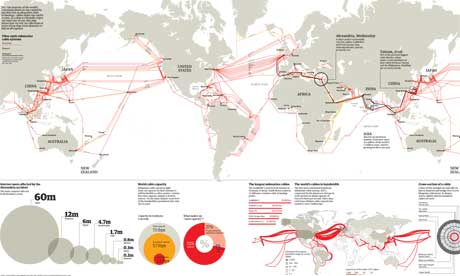 The source for both maps, TeleGeography, has some pretty impressive maps of the global data network for sale; unfortunately their prices are just as impressive.

Energy independence for Europe is going to be increasingly important geopolitically. The Russian South Stream pipeline was just approved in Bulgaria, which means the European Nabucco pipeline is economically unfeasible.

Russia has already used its control over the oil flowing into Europe as a political tool in Ukraine and Belarus, and there’s no reason to think that they won’t continue to do so in the future.

The situation in Kenya has apparently deteriorated into low-level ethnic warfare. This map from FP raises more questions than it answers: 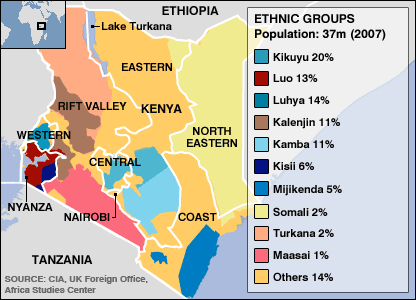 The Kikyu (the group to which President Mwai Kibaki belongs), and the Luo (the group to which the opposition leader Raila Odinga belongs) and the Kalenjin (who support Odinga as well) don’t live near each other. So where is the fighting going on? So often, these conflicts are fueled by the desire to control natural resources or territory, as well as ethnic or religious differences. Are those factors at play here? What about the seven other ethnic groups, and “other,” which make up 55% of the population, and appear to reside in the vast majority of the country? Are they siding with one group or the other?