Experiments in typographic alternate history have produced Елброкан (Ælbrocan), an excellent Cyrillic Fraktur by Guifa (inspired by the discussion about my very own Shark, wow) and Калоян (Kaloyan), an awesome Cyrillic Uncial. Move over, boring old Устав (Ustav).

RoboFab looks interesting but unfortunately seems to be abandonware. The docs imply it should work under Unix, but nearly everything I try to do tracebacks with a message about GUI elements only working on MacOS or Windows. An email to the info address on their webpage bounced back undelivered after a few days. The wiki is busted, and the Google group lists three messages total, two of which are test messages. And the licensing situation is complicated, which would discourage me from contributing improvements to RoboFab or releasing any program I wrote using it. It’s not an initially inspiring project to get involved with, but I’m going to keep hacking, as there are a myriad font-creation tasks that could be partially or completely automated with something like RoboFab.

I’ve posted on Typophile work in progress on Ljubljana, a face I started working on in 2005 during my European trip which began in the city of the same name. 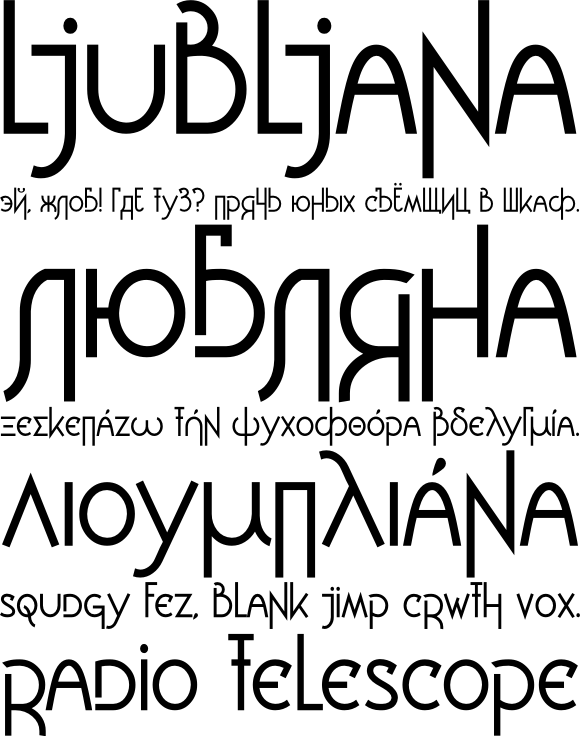 The Road To Clarity at The New York Times tells the interesting story of Clearview and Highway Gothic, the past and future faces of American road signs.

I’ve uploaded some more photos to my SF Typography project.

Here is a preview of Shark, a major revision to an old typeface of mine, on Typophile. The original version of Shark was done almost ten years ago as a hybrid between blackletter and roman, before I knew anything about blackletter. The revision has ligatures, alternate characters, upper and lowercase numerals, small caps, Cyrillic and Greek alphabets, and the kerning and metrics have been fixed. 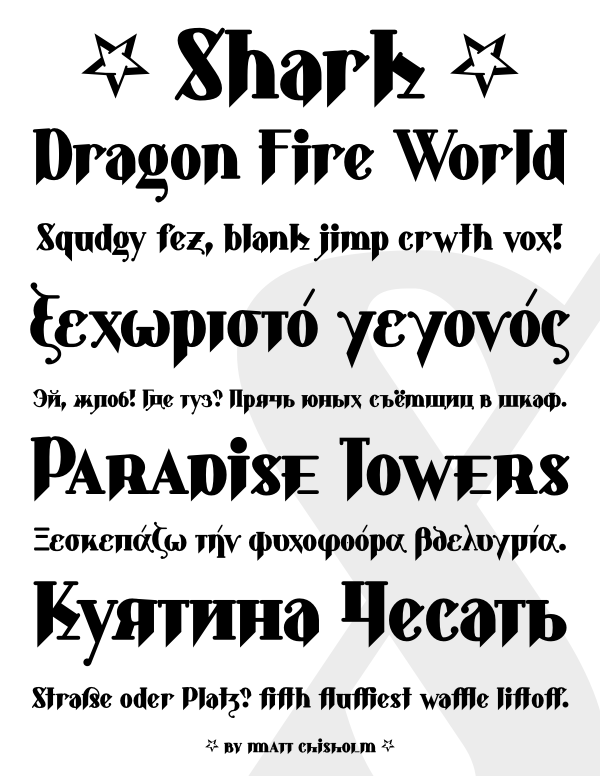