Organizations handle this problem in different ways. Some organizations try to specify in excruciating detail, and while there is a benefit to getting complete specs, you are never going to catch all of the edge and corner cases. Speccing can reduce these kinds of disagreements, but you’ll still always have the “is it a bug or is it a feature” debates coming up.

Larger organizations have customer support, quality assurance, and product planning processes and infrastructure in place, whereby an issue originally reported as a bug is converted into a feature and estimated properly by the time an developer starts implementation.

But if you’re a small start-up, you probably don’t have time to spec every detail of your product, and you probably don’t have the resources for customer support and quality assurance to translate business and customer-speak into technical terms. In a start-up you often have the business visionary and the technical people interacting directly, and that’s when the all-too-familiar “bugs or features” arguments can be the most severe.

My experience in start-ups means that I’ve almost always been in this situation. And struggling to come up with a good definition for, or boundary between, certain categories, quite often is an indication that the categories or boundaries that you’re trying to define are flawed and not terribly useful concepts. For example, ask a linguist to come up with a language-independent definition of what is and isn’t a word, or a hard and fast rule defining the boundary between a dialect and a language, and most will tell you that those fuzzy real-world concepts don’t really have any rigorous scientific utility in linguistics.

So I’ve been wondering whether the whole bug / feature boundary is problematic because it isn’t rigorously definable. If that were the case, then we would be able to come up with different concepts that are easily definable. And we can.

This is best explained by pictures (and I’ve been a little inspired by Matt Might’s illustrated guide to a PhD.) 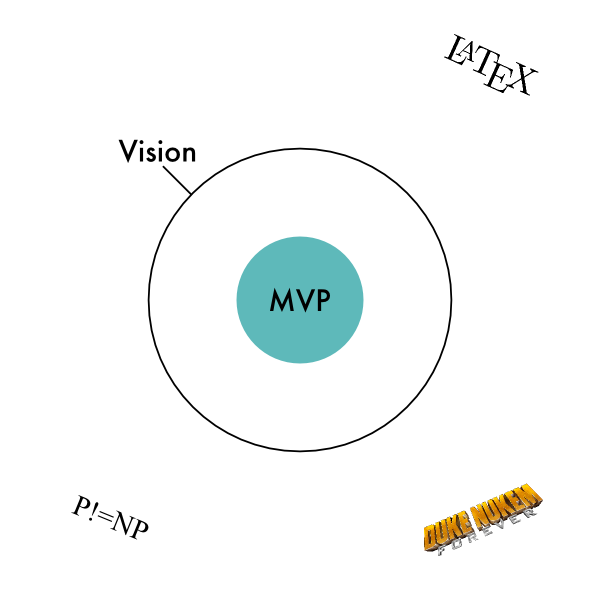 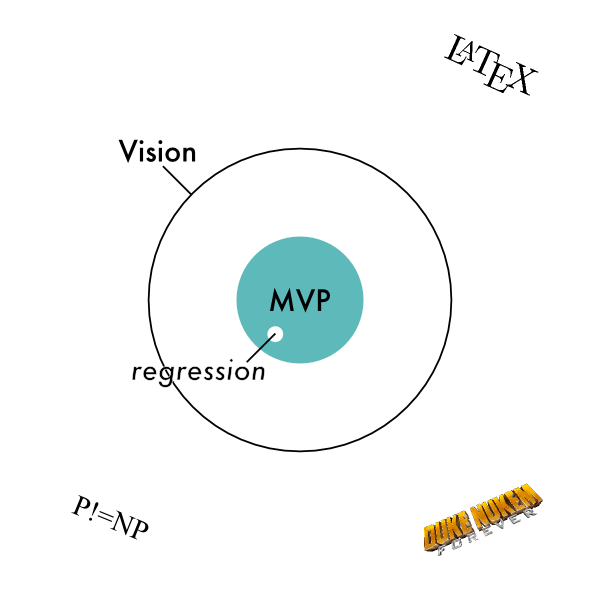 The next concept is an improvement, when you start to expand the zone of functionality of the software. 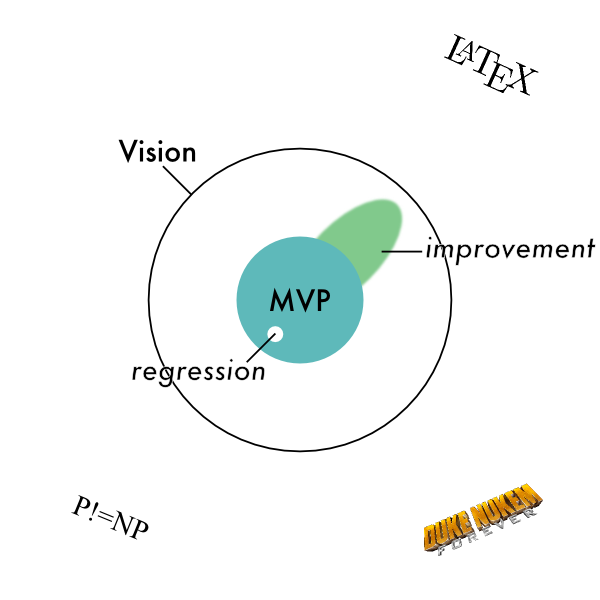 If you have specified this improvement, then that specification is the border of the zone that you’re going to be expanding into. 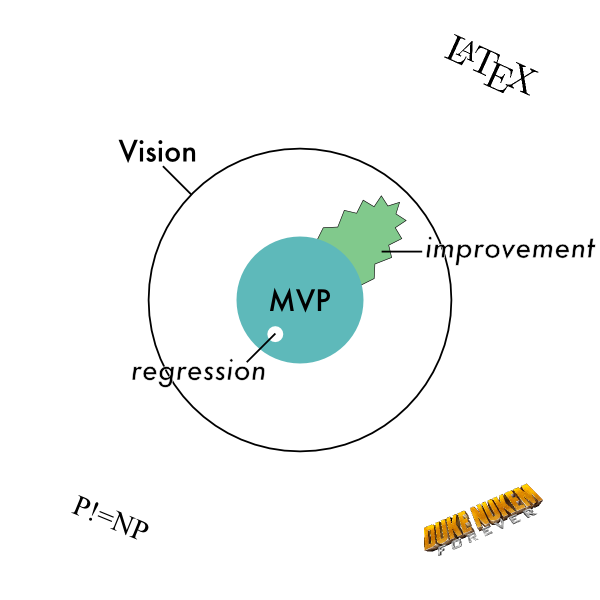 These two concepts, regression and improvement, roughly correspond to things that everyone will agree are bugs or features.

The third concept is the flaw. A flaw lies on the boundary of an improvement—one that’s being made or has already been made. It doesn’t stand on its own as an independent improvement, so it’s the kind of thing that a business person would have a hard time thinking of as a feature. But it’s also not something that any developer has ever spent any time implementing, so it’s hard for a technical person to think of it as a bug. 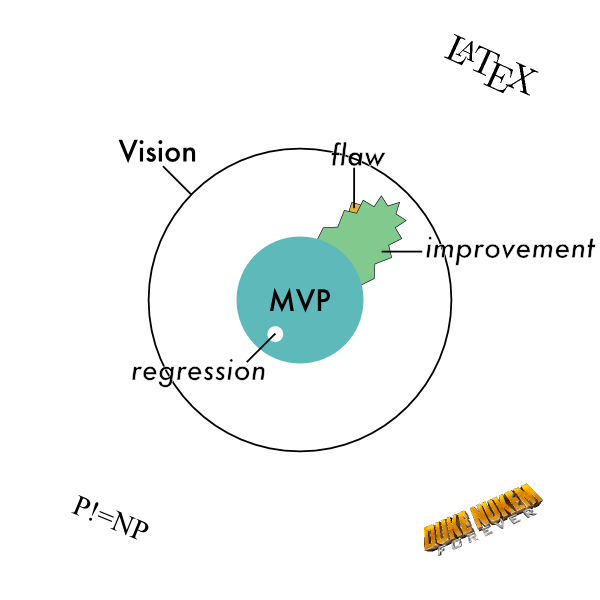 Sometimes flaws can even appear long after an improvement has been considered completed by everyone.

So, there’s really no reason to keep debating whether things are bugs or features, when there are three rigorously-definable concepts that could easily replace them:

I started using these concepts with my product owner a couple of months ago and it has vastly improved our discussions and planning.